Schedule Your Caregiver Assessment at No Cost 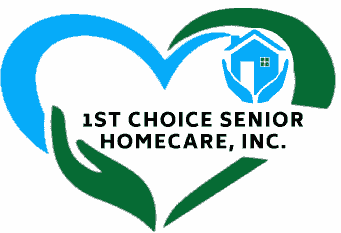 Alzheimer’s disease, the most common cause of dementia.

"Alzheimer’s disease is the most common cause of dementia, accounting for 60% to 80% of cases,"  2020 Alzheimer’s Disease Facts and Figures is a statistical resource for U.S. data.

Email Us to Schedule an Assessment

Alzheimer's Disease, the Most Common Cause of Dementia

The number of Americans living with Alzheimer's is growing — and growing fast. More than 5 million

According to The Alzheimer's Association, an estimated 5.8 million Americans age 65 and older are living with Alzheimer's dementia in 2020. Eighty percent are age 75 or older.

As the number of older Americans grows rapidly, so too will the number of new and existing cases of Alzheimer's. By 2050, the number of people age 65 and older with Alzheimer’s dementia may grow to a projected 13.8 million, barring the development of medical breakthroughs to prevent, slow or cure Alzheimer’s disease.

"On the Front Lines: Primary Care Physicians and Alzheimer's Care in America" underscores the urgent need to develop the medical workforce to meet current and future demands for quality diagnosis and care of people living with Alzheimer’s or other dementias. Current and projected future shortages in specialist care — geriatricians, neurologists, geriatric psychiatrists and neuropsychologists — place the burden of the vast majority of patient care on PCPs.

How Alzheimer's Disease Changes the Brain

Promising ideas to treat and prevent the disease, the most basic form of dementia, and scientists are trying to understand how the affects the nervous system. This video illustrates how neurons communicate in a healthy brain compared to that of a person with Alzheimer’s disease.

This article describes the public health impact of Alzheimer’s disease (AD), including incidence and prevalence, mortality and morbidity, use and costs of care, and the overall impact on caregivers and society. The Special Report discusses the future challenges of meeting care demands for the growing number of people living with Alzheimer’s dementia in the United States with a particular emphasis on primary care.